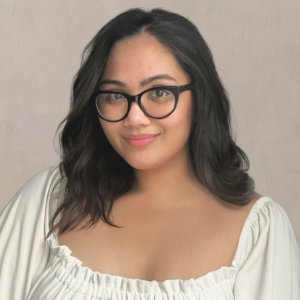 “Music is an indispensable part of my life. Whenever I write a novel, music just sort of naturally slips in…”

A festival hosted by Japan Foundation Manila and the Japanese embassy, along with music/literature culture specialist, Jun-ichi Konuma, dedicated to the world-renowned Japanese author, Haruki Murakami, was held in various parts of Metro Manila since last February 27th. Last night, Friday, March 23rd, I was able to catch the last part of the festival which was Listen to Haruki Murakami – a concert with a repertoire of some of the music frequently cited in his novels. It was the best Friday night decision I’ve made in a long time.

The program includes a repertoire of jazz, classical, and the Beatles which was performed by the amazing and breathtaking Japanese performers: The Hiroko Kokubu Special Trio which consisted of Hiroko Kokubu a phenomenal pianist, composer, and music arranger, along with Tappi Iwase, a remarkable drummer, percussionist, and a composer, and the ever-energetic Yoichi Yahiro who wooed and left the audience’s mouth agape in amazement with his bass playing.

The program was also graced by the 1966 Quartet which features Risa Matsuura on lead violin, Yuki Hanai on violin, Haruka Hayashi on the cello, and Aoi Tanaka on the piano. They were the ones who opened the show with a hair-raising and spine-tingling rendition of Norwegian Wood. They played the song so eloquently, I could see in my head my image of Toru Watanabe strapped on his seat in that 747 flight landing in Hamburg. The very talented and beautiful quartet was later joined by the award-winning Filipino pianist, April Merced-Misa who did not only grace the stage with her strong presence but also with her outpouring talent.

In between sets, David Ezra, an actor, reads excerpts from various novels of Haruki Murakami to set the mood of the audience and help them feel each piece as they would read it in Murakami’s works.

As the show came to a close, all musicians got together to play, once again, a rendition of Norwegian Wood, and it might have been the concert as a whole or my love of The Beatles or Murakami rushing through me that I felt the last rendition was more haunting than the first in the show. It just gave the show an unforgettable wrap-up which resulted in an almost three-minute standing ovation. That rendition, in all sense of the word, was magical.

Mimi is a social media and content marketing strategist and creator, winging the wife and mom life. When she's not batch creating content or in a strategy call, Mimi enjoys reading Haruki Murakami and Anne Rice, crafting the BEST iced coffee, singing Erasure and The Carpenters in the shower, and watching Gerard Depardieu, Raul Julia, and Jeff Goldblum's entire film repertoire on repeat.

Become part of the tribe!

Join my growing community of curious and creative powerhouses today! I share actionable content tips, social media trends, and updates, get transparent about my online journey and most recent insights straight to your inbox.